Mixers: How Should You Choose the Right Equipment? 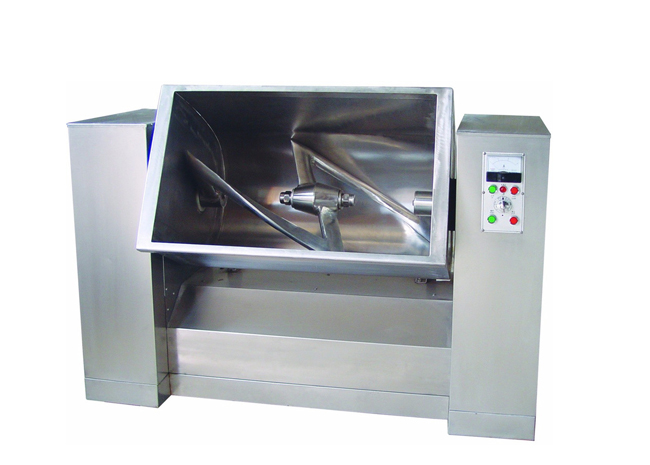 Mixing machine is the use of mechanical force and gravity, will be two or more than two kinds of materials evenly mixed up the machine.In the pharmaceutical industry, mixers can mix different ingredients together to form a compound.It can increase the contact surface area of materials to promote chemical reaction.It is also able to accelerate physical changes, such as adding granular solutes to solvents, through the role of the mixer can speed up the dissolution and blending.

At present, with the rapid development of pharmaceutical industry, mixer is playing an increasingly important role.While its market scale is expanding, the industry concentration degree is constantly improving, the survival of the fittest of products is obvious, and its requirements are increasingly high.

For example, evenness is the key factor that users pay attention to when selecting a mixer. When mixing, all materials involved in mixing are required to be evenly distributed.

According to the requirements of users, the degree of mixing can be divided into ideal mixing, random mixing and completely immiscible three states.The degree of mixing of various materials in the mixing machine depends on the proportion of materials to be mixed, physical state and characteristics, the type of mixer used and the duration of mixing operation.

In addition, the user should pay attention to, the physical properties and chemical properties of the material and the mixing equipment, the influence of material in mixing process with and without special processing requirements and mixing machine installation space, etc., due to various constraints, the mixer is different on the market, so it is difficult to have a clear standard, in general, require the user to choose according to their production conditions suitable mixing equipment.

For example, in addition to different structural strength and power, the performance parameters of the mixing equipment, such as the discharge door, rotor, body and even the rotational speed, are often quite different.Therefore, the user should choose the corresponding mixing equipment according to the specific gravity of the material.

It is understood that many users for powder, powder to choose domestic original vertical cone mixing equipment, but expert proposal, due to the vertical cone mixer has many shortcomings, such as not suitable for powder, powder mixing, and the maintenance cost is very high, so in powder/powder or granular materials mixed, can choose horizontal mixer, the mixing efficiency of the equipment are high, mixed with good quality and discharge time is short, less residue.

For another example, according to the loading space is also the choice of hybrid equipment often need to consider the problem.Like horizontal mixer is suitable for large area and height is the limited situation, vertical blending machine, by contrast, vertical mixer is suitable for the occasion, in the narrow space without gravity mixer and v type mixer compared with other mixing devices of the same specification, take up the space is generally much more, but it also has the advantages of movement, convenient arrangement.

In addition, for materials that need to be heated or mixed with chemical reactions, in addition to the selection of appropriate materials and temperature control structure, also pay attention to the influence of temperature change on the equipment mechanism itself.